NCEATA was first formed in Newcastle over thirty years ago the Newcastle Creative Embroiderers and Textile Artists have been bringing together dynamic textile artists of all skill levels to share, learn and exhibit.

Workshops cover everything to do with ceative work in all types of fibres and threads including embroidery, machine embellishment, dyeing, painting, discharging, fabric painting, wet and dry felting, beading and also elements of design and creative visual techniques. Most are given by our own members but there are also special workshops taught by nationally recognised teachers.

Our 70+ members receive a monthly newsletter which details the workshop information for each meeting and informs everyone about upcoming exhibitions and members’ news. There is an extensive library of informative, inspirational books and magazines. 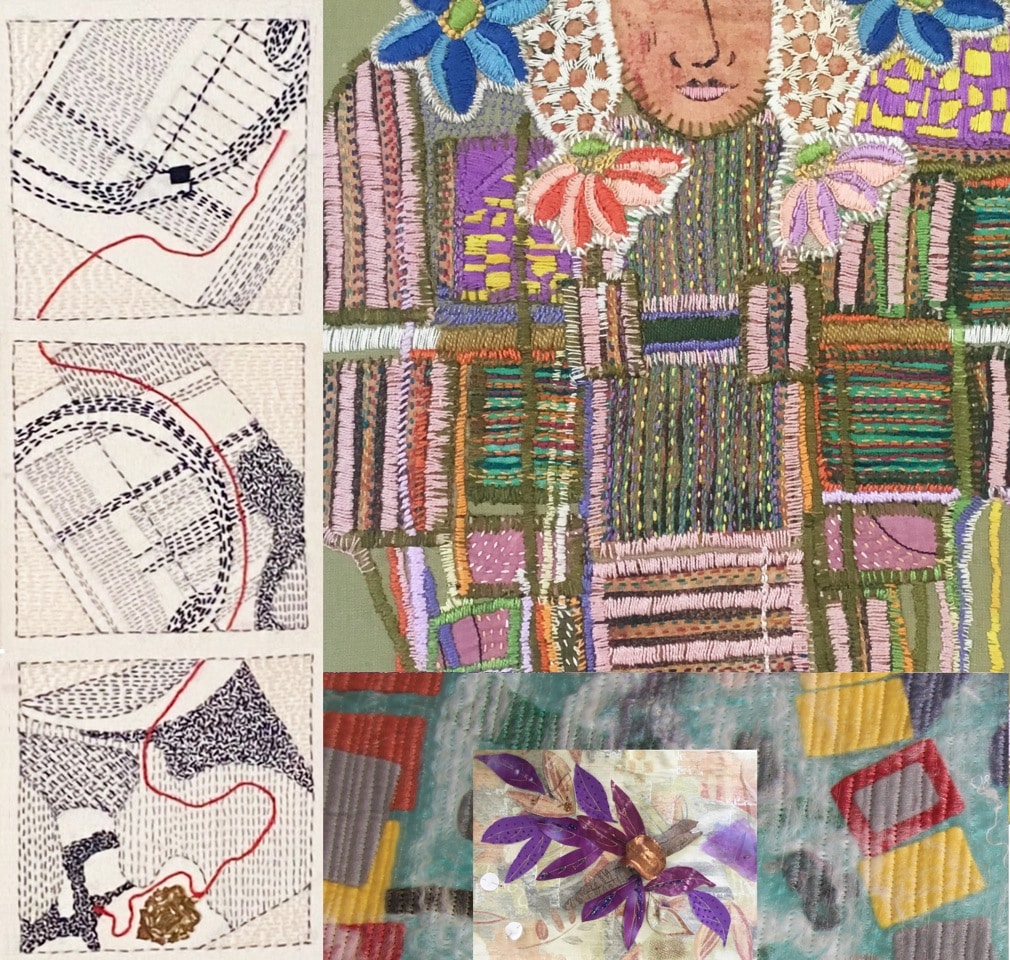 The Newcastle Creative Embroiderers and Textile Artists group NCEATA have used FOUND as the theme for their 2021-22 exhibition of creative textiles. The many varied interpretations of the theme and the interesting combining of unusual as well as familiar textile techniques ensures that this exhibition will interest and entertain many. Members of this vibrant group come from across the Hunter and Sydney areas and as far south as Camden and have continued working creatively together throughout the isolation of the pandemic.The theme FOUND gives these textile artists full scope to recycle, upcycle and recombine unexpected found objects into new textile artworks. Opens  20 December 2021  – 30 January 2022
Official Opening   Thursday 23 December 6pm – 8pm 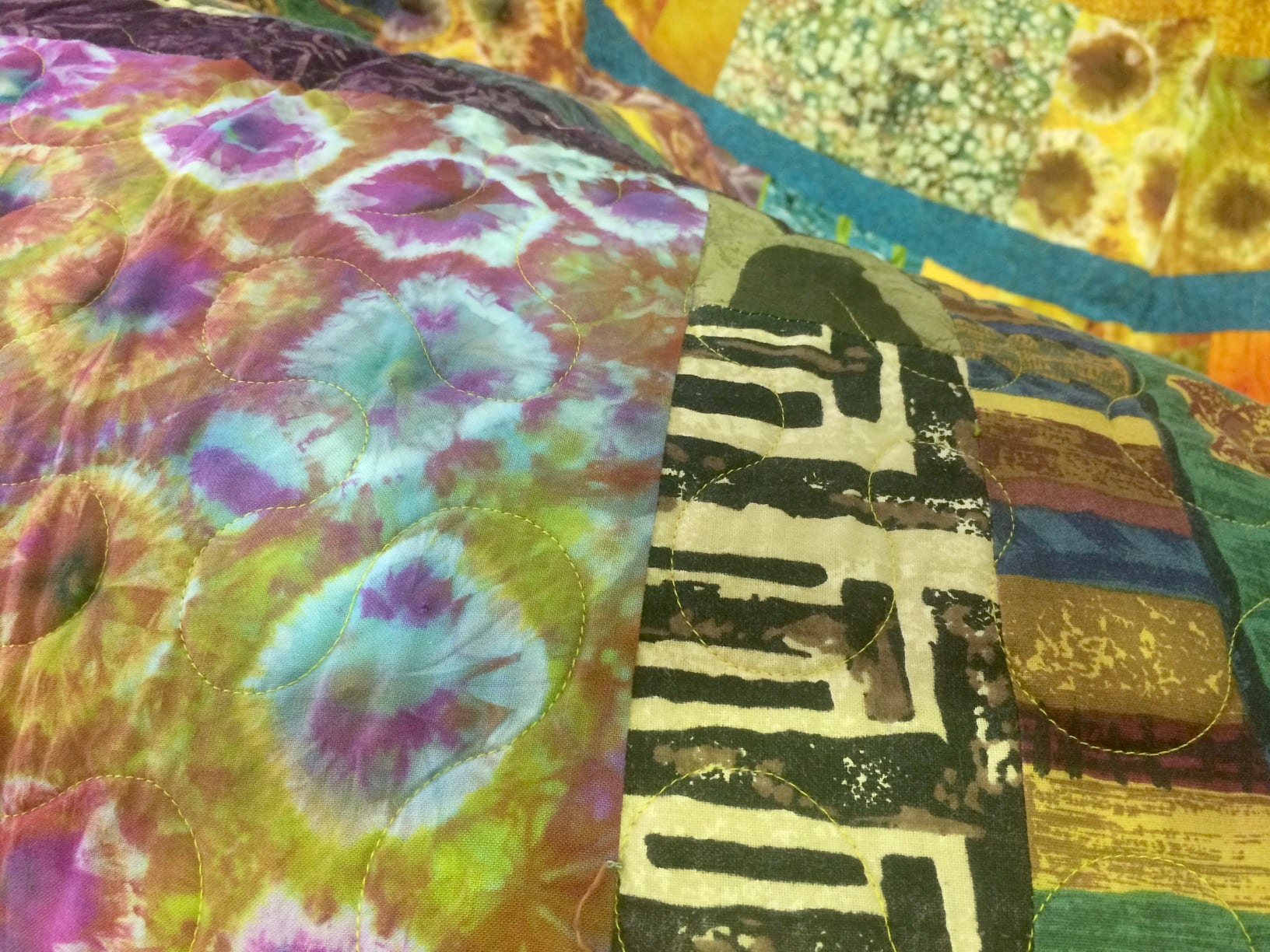 NCEATA (Newcastle Creative Embroiders and Textile Artists) appreciates that art  is a fusion of personal experiences and artistic influences, and  a mixture and blending of materials and techniques. In this exhibition “Fusion”, NCEATA has used the concept as a starting point for exploring ways of bringing elements, ideas, materials and techniques together and the result is a collection of vibrant and diverse textile artworks.  Some artists have literally “fused” materials to create their art, while others have researched and probed the word “Fusion” to develop a theme to inspire their work.  While 2020 has been a difficult year without meetings and support, NCEATA presents an exhibition of art work which showcases their innovative practices, skilled textile art techniques and considered interpretation of the theme “Fusion.” 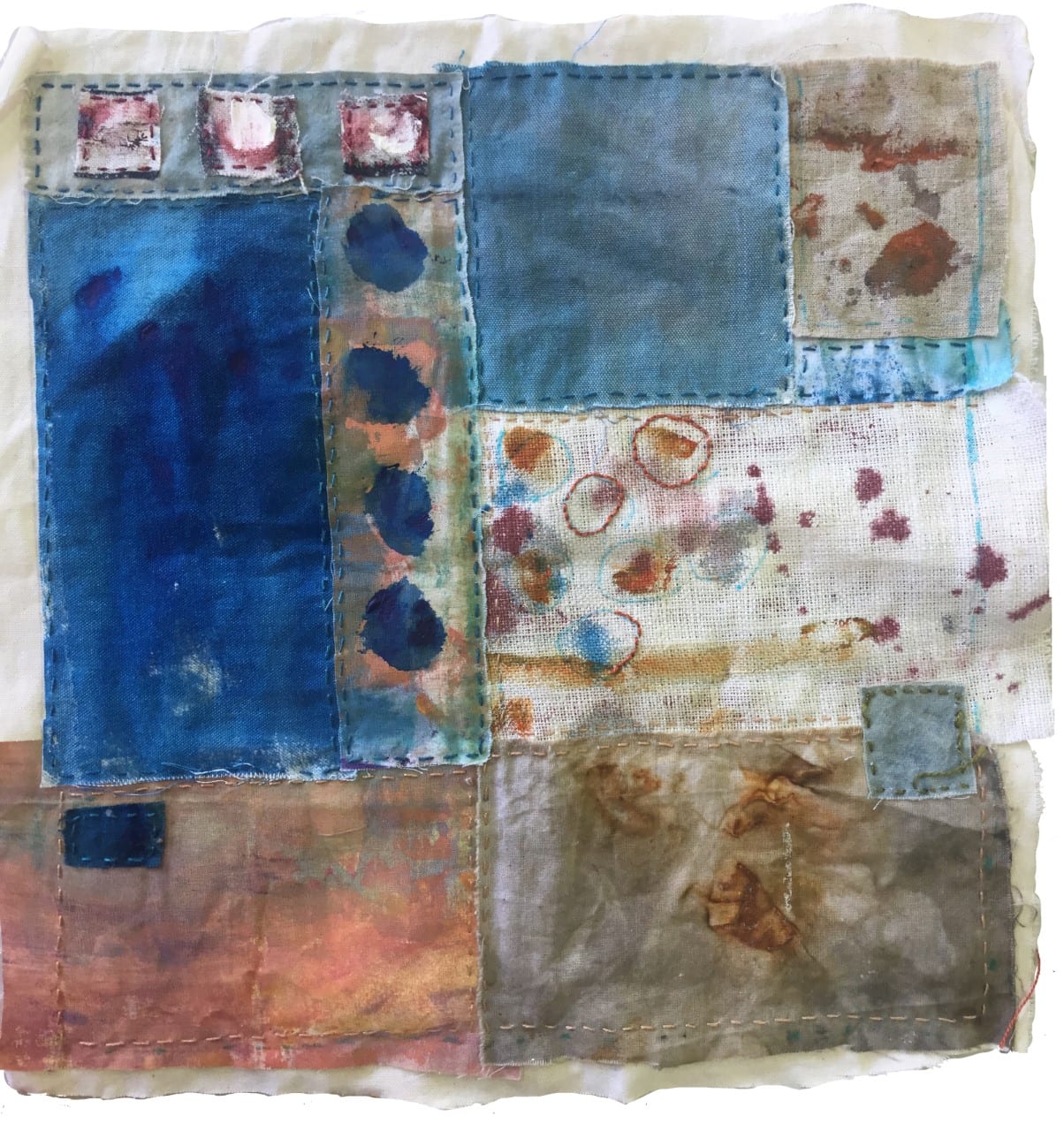 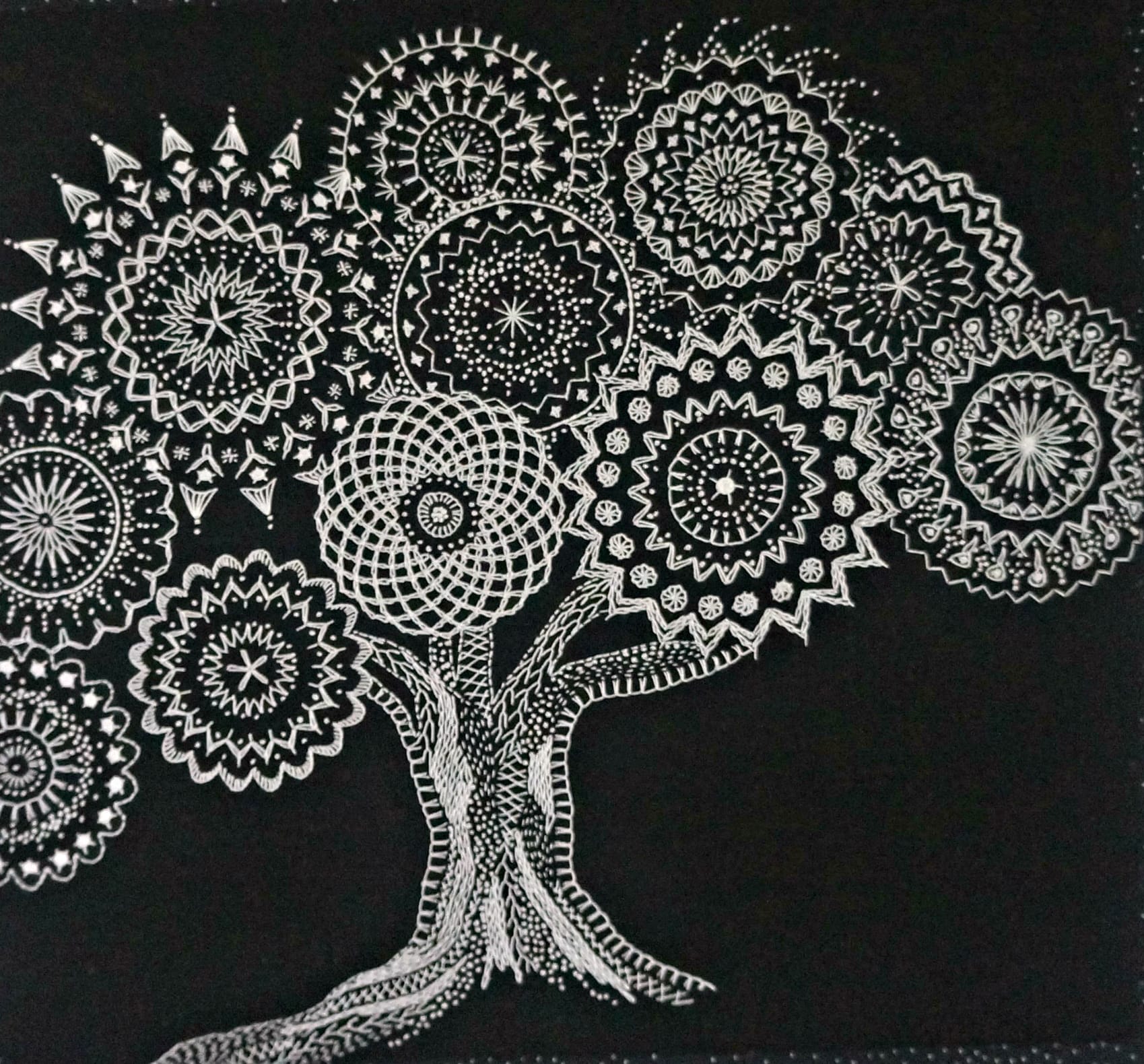 The artists and makers who are members of the Newcastle Creative Embroiderers and Textile Artists (NCEATA) were challenged to respond in “Black and White”for a new exhibition opening this month at Newcastle’s Timeless Textiles Gallery.

For many of the textile artists, who typically love to explore the richness of colour in their work, the “Black and White”theme led them to previously uncharted territory.

Wilma SImmons said the NCEATA artists had worked creatively with the black and white palette.

“When black and white take centre stage, an artist’s message, and their emotions, shine through” she said. “Stripping out colours adds clarity and depth to their chosen subject.”

The exhibition displays the artists’ observations of nature and showcases their skills and textile art techniques.

They have examined and added different layers of interpretation, Simmons adds.

“Some of the works are artistic reflections on the idiomatic usage of the words ‘black and white’. They include historical and literary symbolism, cultural connotations, and psychological states represented by these contrasts.”

The NCEATA artists use their textile art to deliver strong messages and emotions in the Black and White exhibition. They tell interesting stories, share detailed observations, and convey clear thoughts and concepts.

“Black and White”exhibition will run from 27 December 2018 to 13 January 2019 (closed Mondays and Tuesdays and public holidays).  It will be officially opened by Dr Diane Volkers at 6pm on 3 January 2019.

The Nature of Things by NCEATA 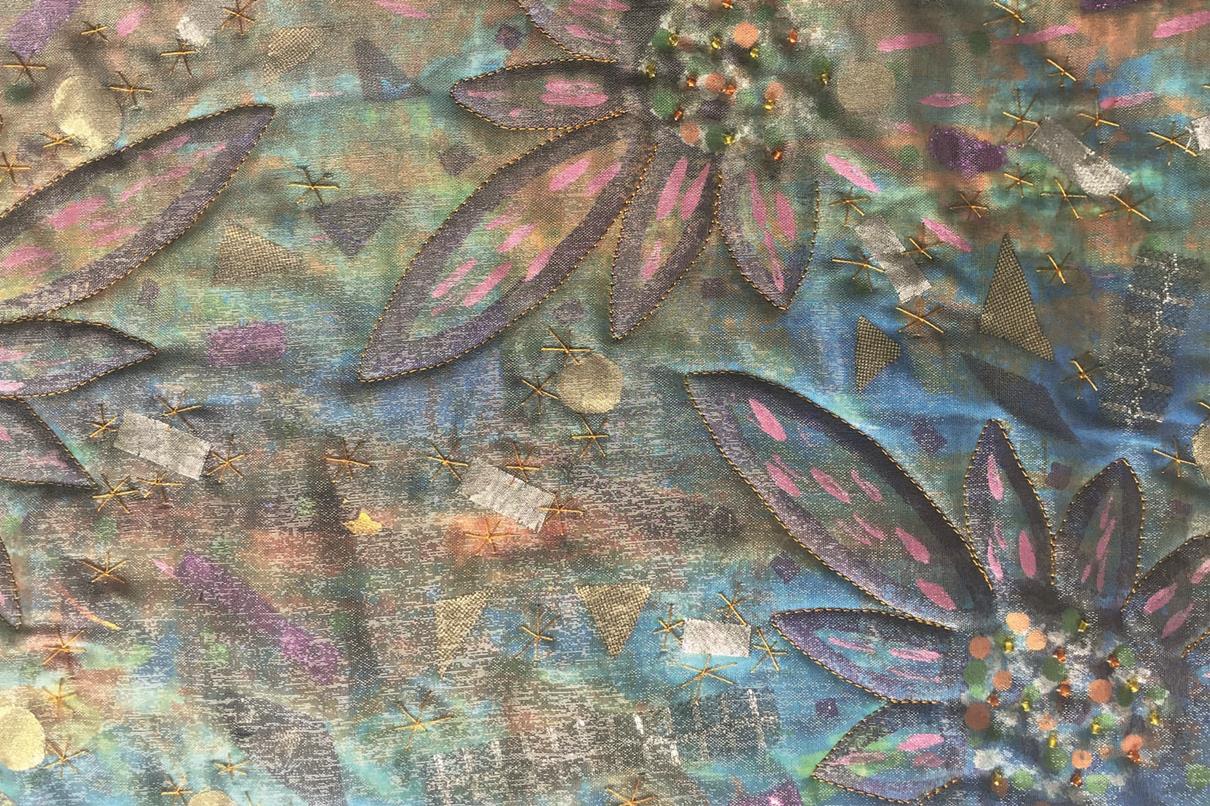 The Nature of Things examined in annual exhibition

The creative talents of the Newcastle Creative Embroiderers and Textile Artists (NCEATA) will focus on nature in their annual exhibition, opening at Newcastle’s Timeless Textiles Gallery in December.

The Nature of Things exhibition showcases the NCEATA artists’ diverse responses, over the course of the year, to three woodblocks created by local printmaker and artist Bob Seal.

Renowned for their creative interpretation in textile art, members of the NCEATA have responded to the theme, The Nature of Things, in surprising and unpredictable ways to create this exhibition.

With an array of fibre art techniques used and extended, the works are bursting with texture, dimension and colour. Contemporary embroideries, art quilts, creative wearables, art dolls, felted sculptures and mixed media collages are testament to the versatility, creativity and artistry of this group.

The Nature of Things will run at Timeless Textiles from December 27 to January 14.

THE MAP PROJECT: Where I Live 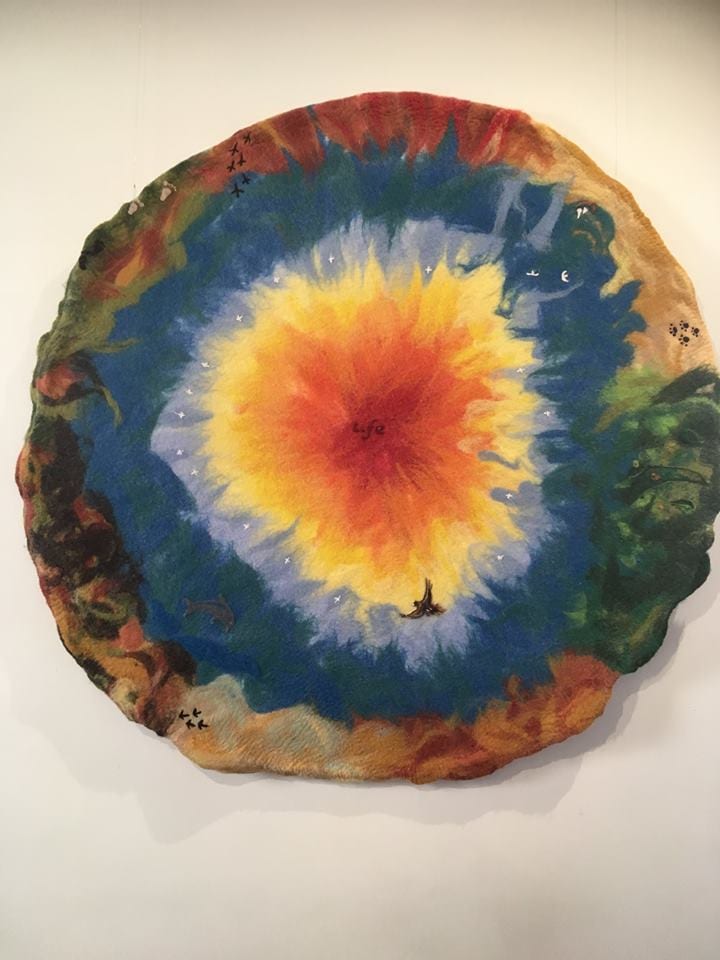 An assortment of artists from the region, the nation and the world explore what ‘home’ means in an extraordinary new exhibition opening at Newcastle’s Timeless Textiles Gallery in July.

“We all have a connection to a place, a story or memory,” Gallery owner Anne Kempton said. “The Map Project: Where I live is a collaboration by textile artists on the meaning of the place they call home: the geography, culture, history and perceptions of being there.”

UK glass artist Istra Toner began the map project in Croatia in 2013, which then travelled throughout Europe to the UK. It is now in Australia, where a growing number of textile artists have collaborated to create maps. The first was created in Broome in Western Australia in 2016 and others added as part of the 50 years of Belconnen celebrations in October 2016 in the Australian Capital Territory (ACT).

Textile groups from the ACT created beautiful and contrasting works in a range of textile mediums for the exhibition and maps from the Skerray Isles and Wirral communities in UK are also on show. Hunter artists have added two more maps. The beautiful ‘Felted Dreamscape’ was made at the ‘Life and Living’ conference. The second is a fascinating quilt, ‘Newcastle Quakers Journey in the Hunter 1838’, depicting the local journey of Backhouse and Walker, who were sent on an expedition to investigate the conditions of Aboriginals and convicts in Australia.

NCEATA (Newcastle Creative Embroiderers and Textile Artists) have also contributed to the exhibition with a collage of stitched textile art interpretations of home. The map project will complete its Australian tour in Newcastle at the Timeless Textiles Gallery exhibition.

The nine works represented in the The Map Project: Where I live exhibition are:

This moving and beautiful object demonstrates how people can communicate, collaborate and compromise to create something extraordinary, despite not sharing a language. It is evidence of the power of community art projects to unite people. The Tapestry Couch project has been led by Tasman Munro, Jane Theau and Sayd Shah Mamood, and funded through Settlement Services International.

The Map Project: Where I live exhibition will be on show between 3 and 16 July, with the opening from 6-8pm on Thursday 6 July. 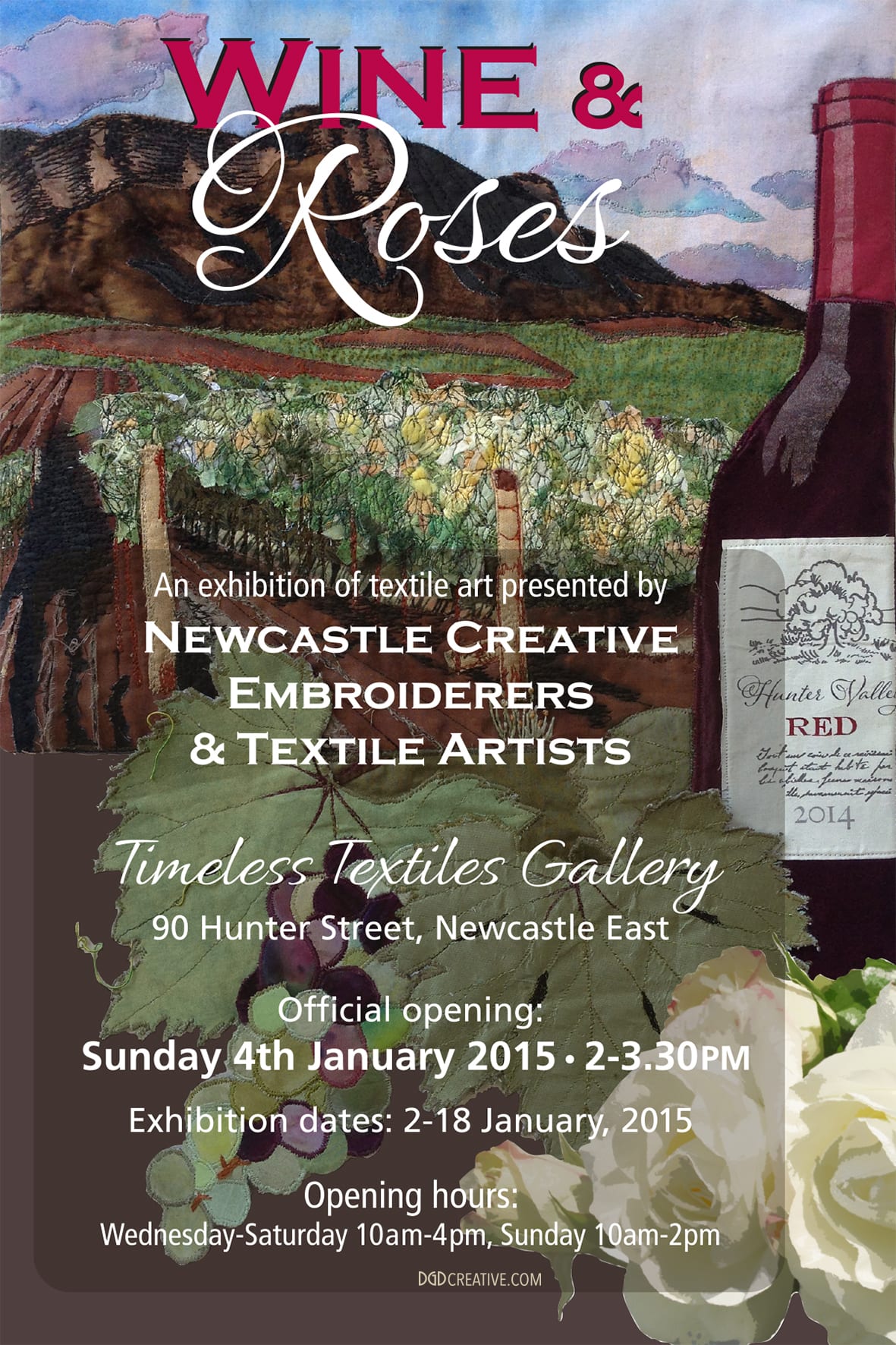 Wine and Roseswas the theme selected by NCEATA in 2014 as the focus for their innovative and exquisite textile art creation. Members used the theme to inspire their contributions to the popular Vineyard Vignettesexhibition, held at Cessnock Regional Art Gallery in October. They decided to continue the theme for the Timeless Textiles exhibition.

Wine and Roseshas stimulated an outburst of creativity from NCEATA artists and the new exhibition will feature art quilts, mixed media sculptures, art to wear, embroidery and embellished art with surface decoration.

Some of the contributing artists will be at Timeless Textiles Gallery to discuss their work and explain their techniques during the exhibition, displaying the talent and depth of knowledge of local textile artists.

Wine and Roseswill run from 2-18 January 2015 and will officially open on 4 January. 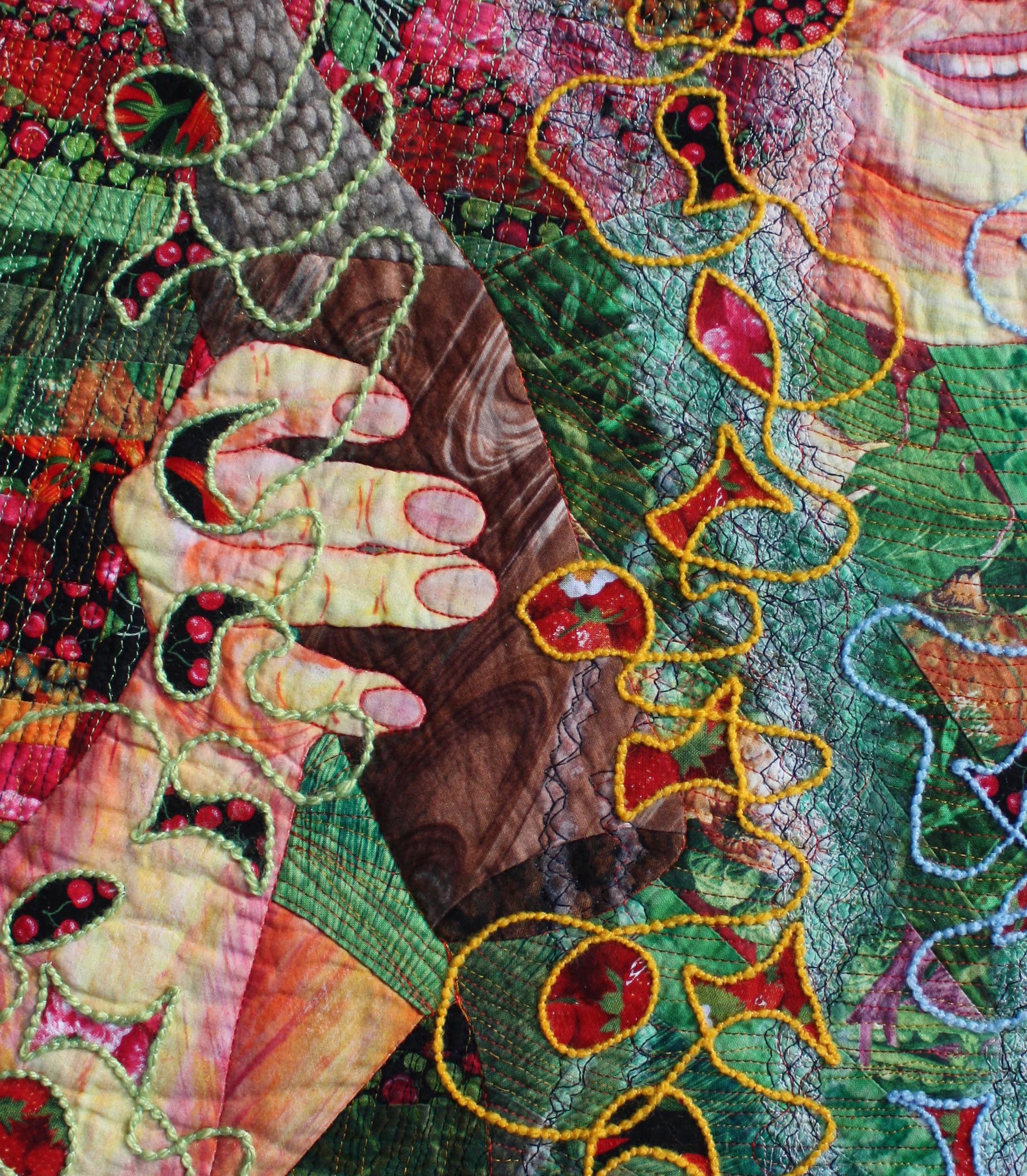 “Layered “is a group exhibition of the Newcastle Creative Embroidered and Textile Artists (NCEATA)..

Each year this group of dynamic and innovative textile artists exhibit creative  work based on  a  theme and ”Layered” promises to be an exciting and inspiring   visual and tactile experience – the result  of “inventing, experimenting, growing , taking risks , breaking rules, making mistakes and having fun.”(Mary Lou Cook).  This exhibition showcases  art quilts, mixed media and textile wall art and installations, art dolls, soft sculpture and  wearables, using many and varied techniques including hand and machine embroidery, felting, dyeing and painting, beading, fibre manipulation and surface decoration.

“Layered “will be opened on 2 January, 6pm by Bronwyn Greive, NCEATA President. 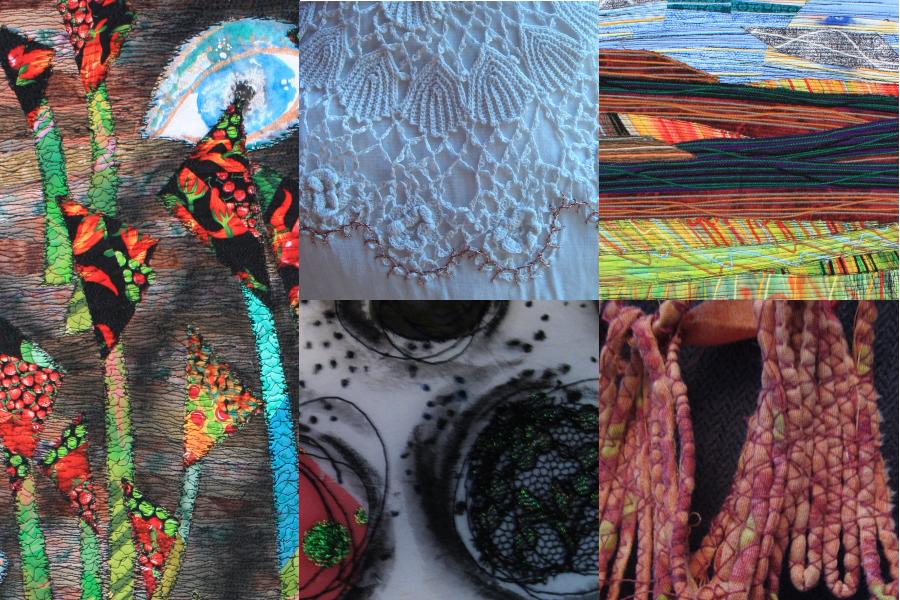