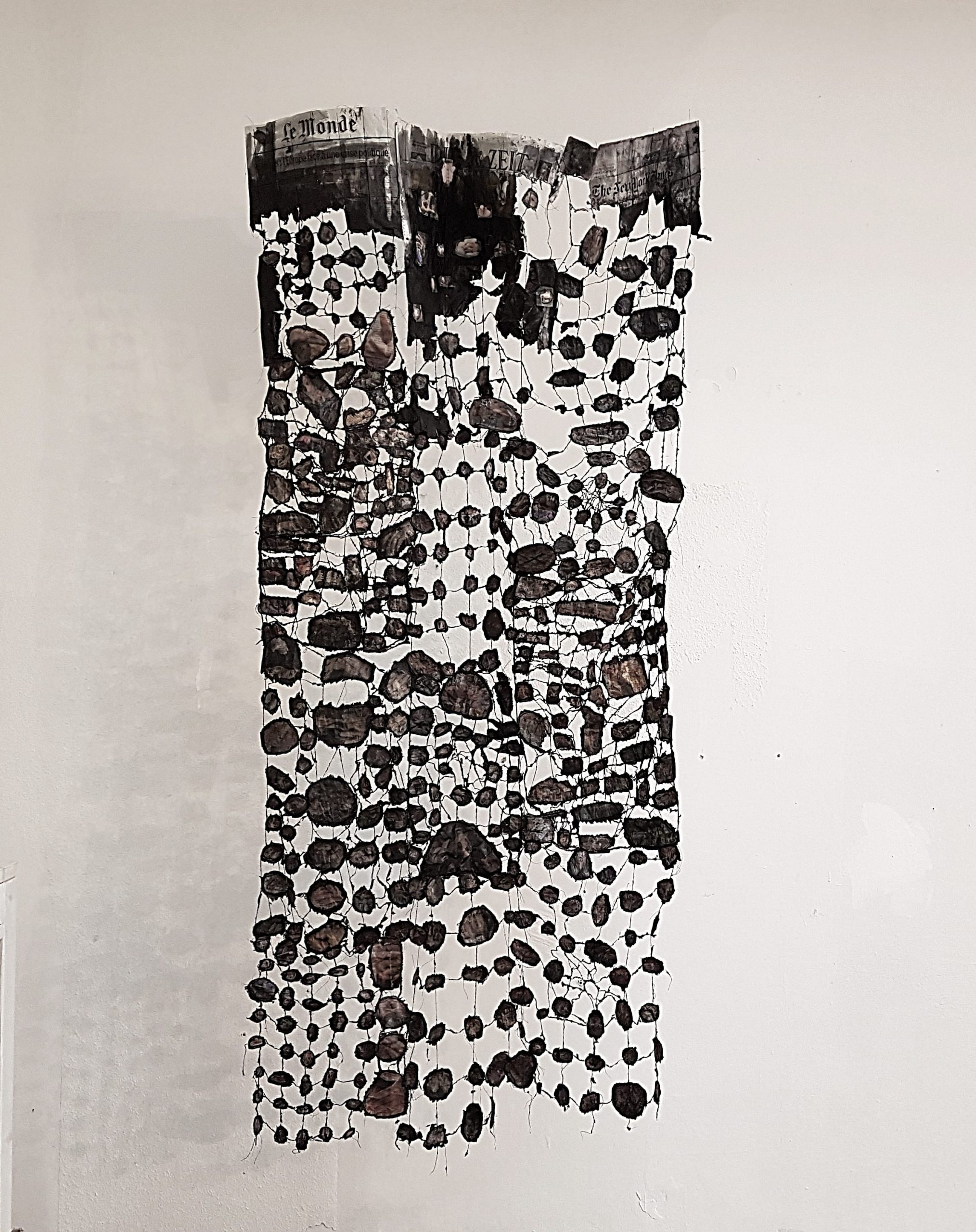 A new exhibition, Squares and Gestures, brings the work of international artists Kerstin Bennier and Ines Seidel together at Timeless Textiles Gallery in Newcastle in January.

Bennier is an Austrian artist who works in a variety of textile media. Her work seeks to create situations that draw the viewer to become part of the art. Recognition plays a key role, with Bennier’s works characterised by the use of everyday objects in a middle class atmosphere. She employs techniques and materials using clear formal rules, which refer to social reality. The resulting works, notable for their perfect finish and tactile nature, demonstrate great craftsmanship.

Bennier often creates work using creative game tactics. But play is a serious matter to her. During the game, different rules apply than in everyday life. Everyday objects undergo transubstantiation. This artist’s work offers visions that reflect a sensation of indisputability and serene contemplation. This is combined with subtle details of odd or eccentric, humoristic elements. Kerstin Bennier currently lives and works in Vienna.

Ines Seidel is a German artist who works predominantly with paper. For the Squares and Gestures exhibition, she selected some of her current work with newspaper.

Seidel grew up in a small village in East Germany. Her experience of living “behind the Iron Curtain” left her sensitive to language and the role of media in interpreting the world. As she alters the paper – shaping and rubbing it with her hands or using the sewing machine – she seeks forms and textures that create a different way of reading the news. In her most recent works, she connects gestures or faces found in newspapers with thread, creating connections that would not otherwise be considered news.

Seidel’s background in linguistics and media studies is perceptible in her creative explorations. She enters into dialogue with the materials, with the content of news stories and images, and also with the patterns they are presented in. In her work she tries to marry the analytic approach with the haptic. She takes newspaper apart to understand its essence. She lets her hands, and her interest in tactile fabrics, guide her towards organic news shapes.

Squares and Gestures exhibition runs from January15 to February 9, 2020. It will be opened by Kelcie Bryant Duguid on January 16.

Find out more about Ines Seidel