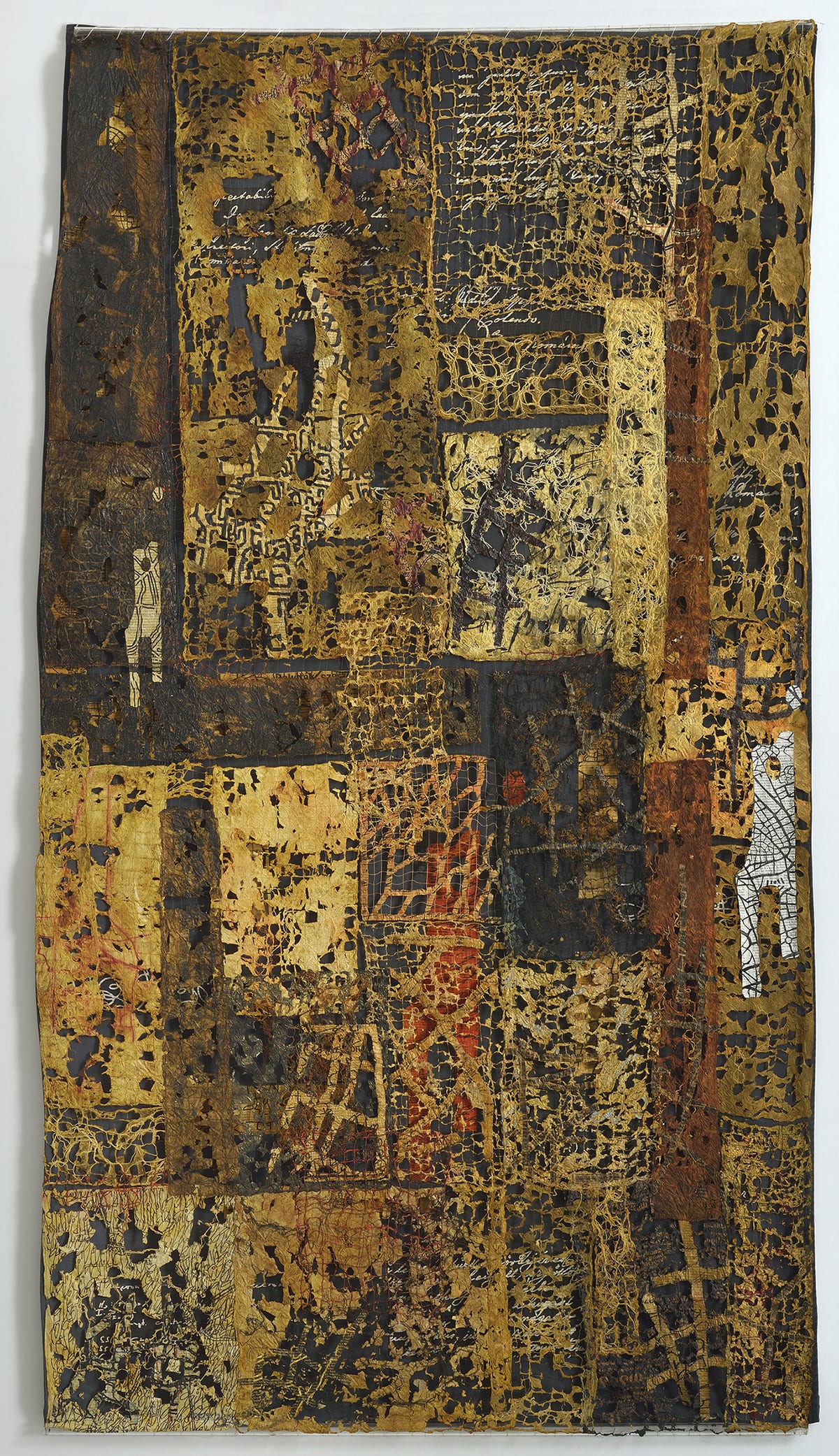 Eszter Bornemisza’s recent work explores linkages between physical or virtual places and memory. Layers of clear and chaotic map fragments visualise  the city as palimpsest, the present built on top of the past, physically as well as embedded in its cultural and social life.

Her works reflect a spirit of cartography  where town plans are transported into unfamiliar territory. Budapest is her city and inspiration springs from her relationship to its life and layout, its webs and spaces. She navigates adventurously between maps of the physical world and the mind world of perception.

Layered transparent maps are also used as a metaphor for the search for identity. Finding points of reference both physically and mentally, discovering relations and patterns may reveal paths in the jungle of information.

In her recent work, newspaper is the basic material telling symbolism — newspapers deliver deluges of information from which we must sift the true from the fake. Here today but soon of interest only to historians, they rapidly become transient detritus. But Eszter saves it from immediate obsolescence by transforming it into intricate networks, inserting fragments of other ephemeral items like X-ray films and integrated circuit films. 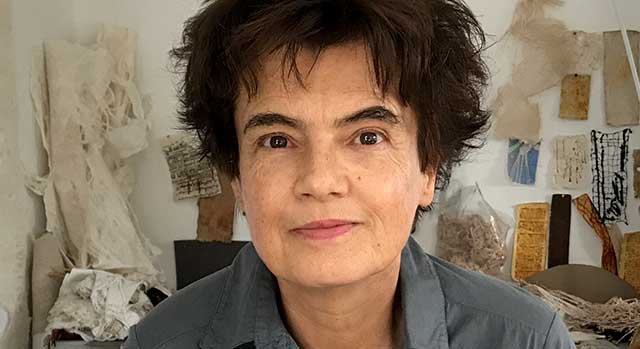 Find out more about Eszter