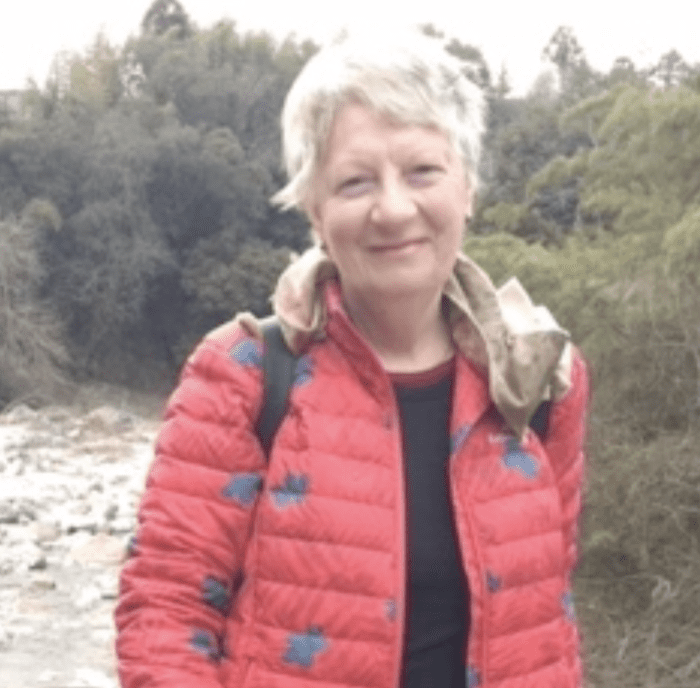 My journey with basketry began when we moved to a new home with Bangalow palms in the backyard. I loved the inside of the sheath – the part that hugged the trunk; and the inflorescence carrying the seeds. It seemed so wrong to treat them as garden refuse. But how could I use them?

This question gradually called me back to craft, which I had abandoned in early adulthood, lured into academia first and then the world of business. It also called me back to a new appreciation of ‘women’s work’ and the life of my mother and grandmother who were both so skilful with their hands in making and doing.

I specifically discovered Basketry in November 2003 when I attended a workshop offered by Virginia Kaiser at the Botanical Gardens in Sydney. Since then I have gradually become more and more passionate about this art/craft form. I have attended many workshops to help develop my skills and have also explored new possibilities with diverse materials.

In 2008, I attended a Fibre Forum at Orange taking a class offered by the textile artist Pat Hickman (USA). Pat planted the seed that basketry was more than a craft; it was a way to make sense of life and express meaning. This approach has stayed with me and my ‘baskets’ are expressive rather than functional.

I use traditional basketry techniques of weaving, coiling, stitching, and twining. Embellishment was introduced to add my story to the substrata of the fibre. My major materials are natural fibres; particularly Bangalow palm. However, the materials have also been expanding – including pig gut, aluminium flashing, painted cotton paper, telephone wires, and memorabilia materials that can be woven such as scarves and dressmaking patterns. A drill and rivet gun are exciting new tools to play with.

From the beginning I was interested to explore the melding of craft traditions – my grandmother was a dressmaker and my mother a milliner. This translates to using sewing techniques such as darts, gathering, dressmaking patterns, buttons, ribbon trim etc.
I am also keen to explore the limits of the fibre used – hence mending, patching, and using distressed fibres. Now that we are all so acutely aware that we are stressing the capabilities of our wondrous Mother Earth I am interested to just work with what is at hand, especially found objects.

Recent themes that I have been exploring relate to acceptance, gratitude and finding a way to an inner clarity (at times through a journey of darkness) in the face of life’s challenges. A current theme is the difficulty of genuine human exchange.

I have participated regularly in group exhibitions since 2005; held a collaborative exhibition with photographer Ollie Cool in 2012; and jointly exhibited with Meri Peach and Flora Friedmann in 2011, 2014 and 2017 at Timeless Textiles. In 2018 I had a piece (A Mixed Dozen) on display on the Plinth in the Park in Civic Park North Sydney.

I was a founding member of Basketry NSW Inc. and am currently the President. In 2018 this group participated in the North Sydney ‘Red Project’ mounting a group installation ‘Shades of Red’. I was instrumental in supervising and curating this initiative.

This creative life journey is always worthy of examination and reflection; culminating in the latest exhibition – “Perspective(s)” – collaborating with Flora and Ollie. Our creative endeavours have a tendency to weave together from time to time …… so many Perspective(s) to try to understand. 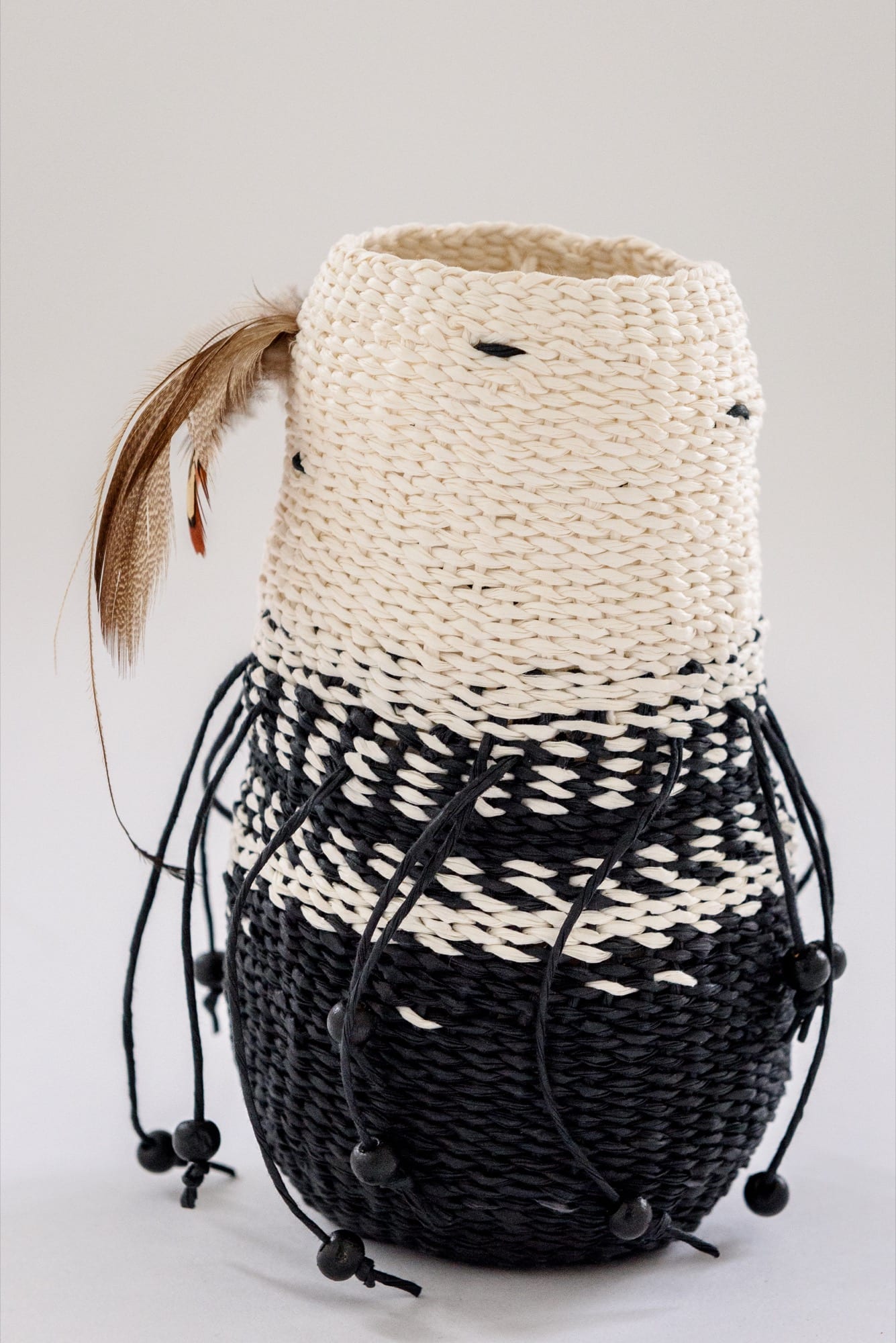 Aftermath builds on the themes of the trio’s 2014 exhibition at the Gallery, called Small Mercies, in which they offered a remedy to dark times. These themes of redemption and positivity are revisited in this inspiring new exhibition.

An aftermath arises from a catastrophic or life-changing event, but it also describes the new growth of a field after it has been mown. The three artists have used basketry vessels and other fibre pieces to express the difficult, surprising and positive ways that they have experienced the aftermath of personal trauma, as they turn towards new growth to come.

Flora Friedmann said the aftermath of a trauma can be life changing, for better or for worse.

“My woven pieces in this exhibition aim to show how the pattern of our lives can change as a consequence of a dreadful occurrence and how this can force us to move in new directions. These new directions can lead us down difficult, unexpected or exciting paths. For some, this can mean that opportunities are gained (or lost). I aimed to show that life can fall apart after a tragedy. But we can also pull our lives together again and, in doing so, find an inner strength which otherwise may not have been revealed. I want to send the message that life should be lived to the full because who knows what is around the corner?”

Glenese Keavney said the word Aftermath came to her like a gift.

“I had always thought of the aftermath as the devastation following an extreme event such as a bushfire. But as that word sat in my consciousness, I sought further meaning. I had been mown down by the death of my husband, but then I discovered/uncovered that the word had originally meant the new growth after mowing. I knew that I needed to turn towards the new growth that would come. It was almost a promise. Grass wishes to rebound and I am enormously grateful to have found abundant regrowth.”

Meredith Peach experienced a number of difficult years in the aftermath of her father’s death.

“Themes from my life play out in my artwork. I live with the consequences of my own and others’ actions. These are both internal and external. Creatively, there has been a tumultuous branching inwards, outwards, forwards, backwards, down and up. I am retracing old pathways, and finding them changed, turning in new directions.”

The moving and uplifting Aftermath exhibition runs from 15 March until 9 April 2017, with an opening at 6-8pm on 16 March.