Munns has been preoccupied with the language of seeds for many years. It took shape, however, at the 2010 launch of the Homage to the Seed project for a year long artist residency at Brisbane Botanic Garden.

The investigations carried out on residency began to really give shape, and voice, to ideas around the pressing matter of seeds at this time of human history,” she said. “During further residencies in seed banks, botanic gardens and educational institutions, around Australia and abroad, I slowly gained a closer view into the complex world of seeds, science and conservation projects.“I wanted to know what was really happening and how that might differ from public debates around seeds. I have been seeking clarity on some of the common themes and, in some cases, misconceptions.” The concept behind the Seed Language exhibition started with a look back across time. Munns dipped into the interrelated fields of archeo-botany, ethno-botany and economic botany to unearth rich and complex stories revealing the multiplicity of ways that seeds have impacted on, and shaped, human life.  Seeds and grains feature prominently among glyphs from several of the world’s earliest known languages. Munns finds seeds and their vessels translate well into motifs and symbols.

Across time many individuals, and indeed whole cultures, have created a language of seed forms expressed in all kinds of mediums,” she said. “It has been one of my primary visual preoccupations, as I collect and observe seed diversity in different habitats.” Fibre and textile traditions also owe a great deal to seeds. Munns loves to use linen as a surface and explores a few paper sources that avoid trees being cut down. To minimise the use of unsustainable resources artworks may be smaller, worked on in a series, are often unframed, and certainly designed to be more transportable.                                        Seed Language brings together images and ideas highlighting the ways that seeds have long been and continue to be central to human life on the planet. Emerging technology and science offer the potential for new discovery in plant life. Although losing species at a concerning rate, we are also discovering new plant species, bringing new discoveries in medicine, more resilient food crops and the potential for more sustainable products. “The challenge in being so open to wide-ranging stimulus around seeds to find a focus to translate ideas that are meaningful to me into art forms,” Munns said 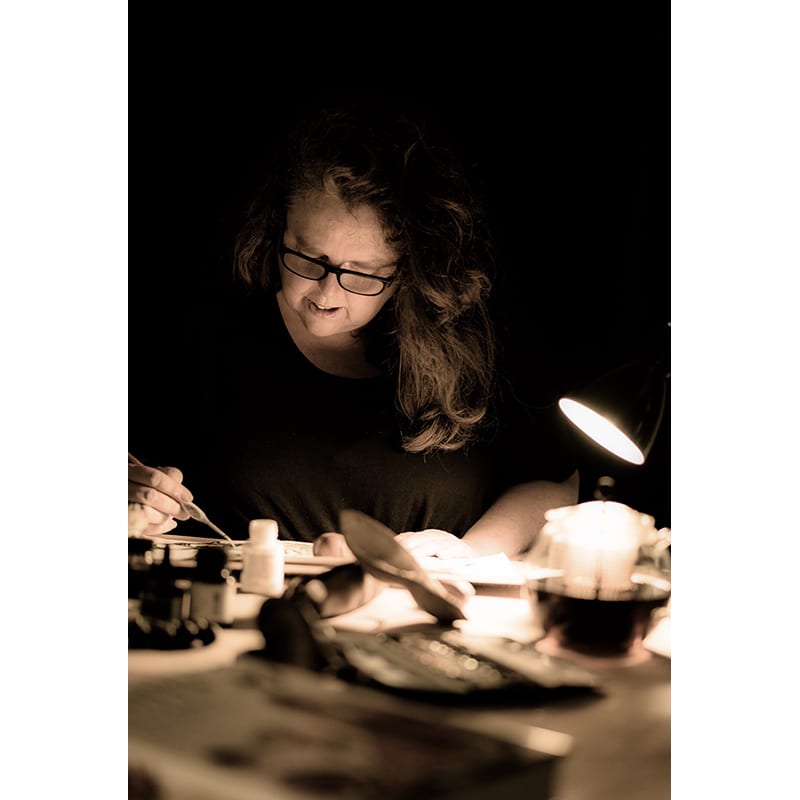 Find out more about Sophie

All of the day