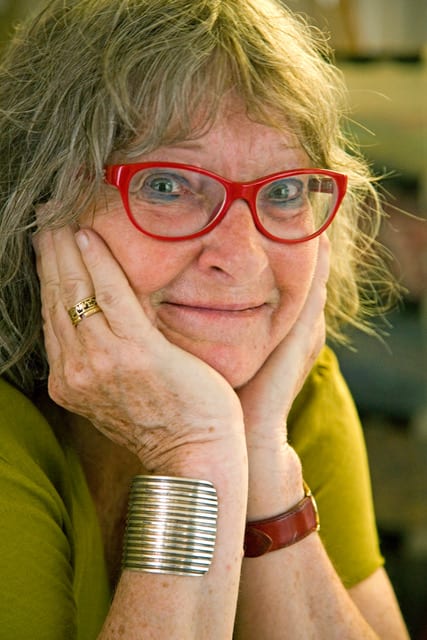 I was a journalist before I became an artist, and almost all of my art work contains text and lettering. I like words, both because of their graphic quality and because of their ability to convey meanig.

My work is collage constructions, often in monochromatic tones. I combine cotton, linen, silk, cheese cloth and paper to which I apply a variety of surface design techniques and extensive stitching 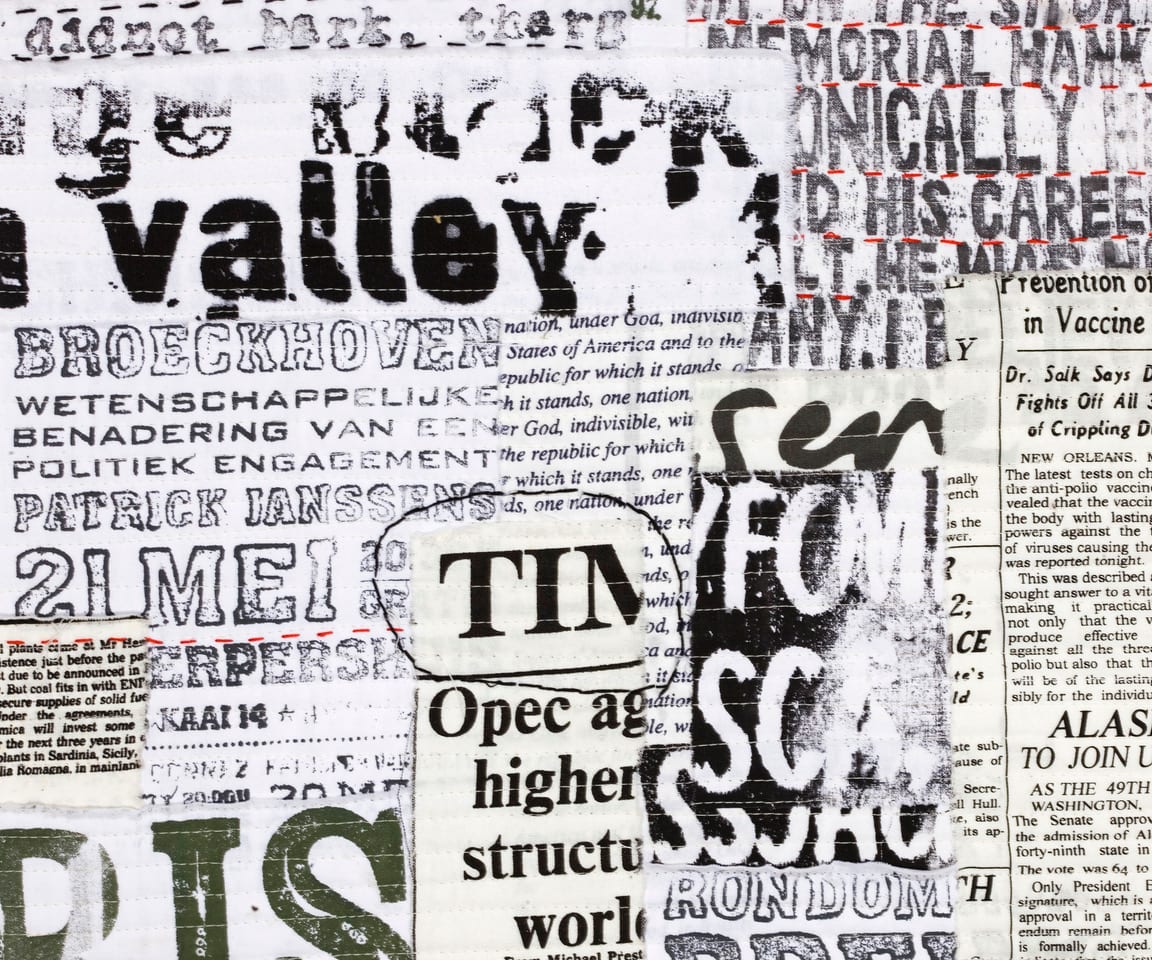 Borders are confronted, interpreted and defined by nine textile artists in a new exhibition opening at Newcastle’s Timeless Textiles Gallery in October.

The Crossing Borders exhibition displays the results of a masterclass taught by Danish fibre artist and teacher Jette Clover. Conducted over nine months, the masterclass encouraged the students to explore the literal, political, cultural, symbolic and psychological meaning of a border.

They experimented with techniques and materials to visually express borders through lines, seams, folds, shadows, colours, and textures.

A border makes distinction between adjoining elements and spaces, and can either separate or link those elements and spaces. In everyday usage, border most often refers to a physical obstruction. It is associated with cultural and political diversity. Borders often mark language barriers and can create feelings of inside/outside and us/them.

A journalist before she became an artist, Clover helped her students to also consider those invisible borders that affect us, personally and collectively. Personally, we can be limited by fear, lack of time and means, change, gender role and family. Personal borders can stop us from developing our full potential.  Communities can also create social, psychological, emotional and ethical borders. Crossing them can bring about positive changes, on an individual or societal level. For instance, the #MeToo movement empowered women to break down barriers of silence about sexual harassment.

Crossing Borders exhibition runs from 3 to 28 October. Jette Clover will open the show from 6 to 8pm on Thursday 4 September 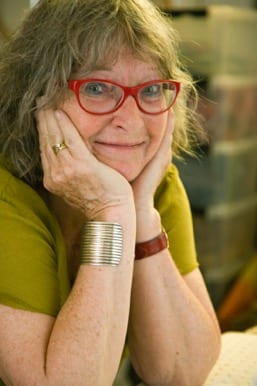 Find out more about Jette 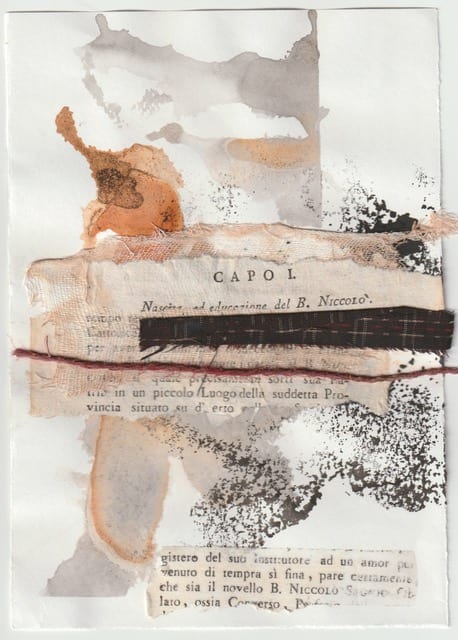 Marks can be familiar signs such as numbers and letters, and they can be personal symbols or plain doodling. Your signature for example is a mark that  is unique to you. This workshop introduces fun and experimental techniques,which can be applied to both paper and fabric.

We will experiment with drawing, painting, printing, rubbing, scraping and staining. We will explore monoprinting, stenciling and screening with a variety of resists such as paper, fabric, string, glue, wax, gel medium, etc. We will further use gelatin as a base for making a printing plate and use our hands as a press.  Besides paint we will be using tea, coffee, ink and bleach for mark making

I was a journalist before I became an artist, and almost all of my art work contains text and lettering. I like words, both because of their graphic quality and because of their ability to convey meaning.

My work is collage constructions, often in monochromatic tones. I combine cotton, linen, silk, cheese cloth and paper to which I apply a variety of surface design techniques and extensive stitching.

While our fibre art workshops are usually held in the gallery's historically significant workshop space, the workshop venue may change according to the needs and wishes of the artist tutor. Likewise, the times of the workshops may vary depending on the type of workshop and its presentation.

Timeless Textiles Gallery will, at its own discretion, where a participant is unable to attend a fibre art workshop, an exchange or credit note will be made available or a refund of the  deposit or payment in accordance with the following Workshop Refund Policy.