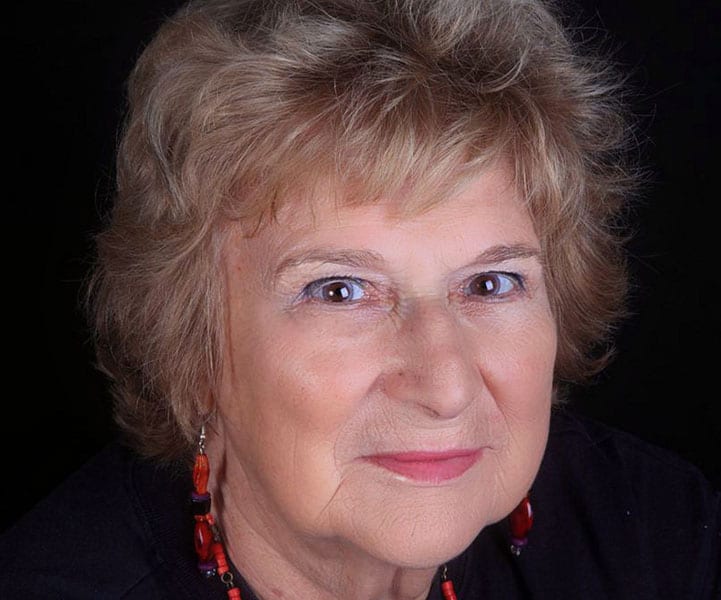 Barbara developed her passion for textiles at a very early age. She has participated in numerous and diverse workshops in Australia and overseas to acquire the broad range of techniques she incorporates in her practice.

Initially a weaver and spinner, Barbara received two Australia Council grants to further her studies. She was apprenticed to Master Weaver, Erika Semler, who encouraged her to expand from the natural hand-spun and vegetable dyed colours into bright colours. Semler recommended that Barbara attend two residential workshops with David Green, then head of the textile department at RMIT in Melbourne. These were a turning point in her life and she graduated into glorious colour. Gradually, weaving took second place to silk dyeing and Shibori.

Barbara has taught in every state in Australia and shared her knowledge with international members of the World Shibori Network (WSN). She has attended WSN symposiums in Chile, UK, Melbourne, France, China, Mexico and Japan. She also attended a natural dye symposium at Hyderabad, India. She has exhibited at these symposiums and her work has been collected in many overseas countries. She has been honoured by having the head of the Japanese Textile Network purchase her work.

In order to study every facet of textiles internationally, Barbara formed her own tour group. Her Craft Tours operated for 20 years and became well known in Australia for their focus on textiles in remote villages, as well as visits to international museums. Although mainly focused on Asia, tours were also organised to France, India, Japan and South America.

Since 1980 Barbara has researched thread buttons including those from Dorset, Yorkshire and Asia. She presented a paper on her findings at the National Silk Museum in Hangzhou, China at the Shibori Symposium held in 2016. This research is ongoing and Barbara would appreciate contact with anyone with relevant information, particularly descendants of English people who settled in Australia after the collapse of the cottage button industry in the 1850s.

Barbara is a member of the prestigious “untethered” exhibiting group. She is currently working on the first of two pieces for this year’s exhibition at Wallarobba Gallery, Hornsby. She is a member of a community gallery at Wisemans Ferry, and will be exhibiting at the Palm House Gallery in Sydney Botanic Garden from 22 May this year. Barbara is currently looking for inspiration for an exhibition in Perth for the Australian branch of the WSN. She is also working on a small but prestigious private commission. Her life is full and Barbara continues to research and expand her knowledge of textiles.